The old not EX version of KinectToVR is broken with SteamVR 1.14 Join Discord if you need help updating

Get started with KinectToVR EX in under 5 minutes!
(Scroll down for instructions) 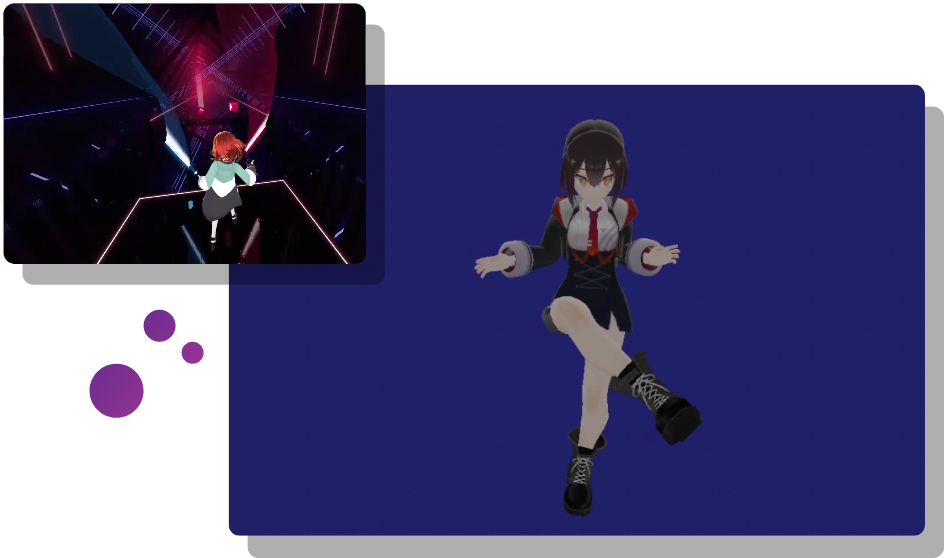 How do I track my head and hands?
You don't. This program was made for leg tracking only. if you want to cook up a DIY VR setup, you're gonna need to buy Driver4VR.

What makes KinectToVR so much better than Driver4VR?
Its free and it takes less CPU to run. it has 60FPS tracking, can despawn trackers in the middle of a game to get out of fullbody tracking and more.

Can I use multiple Kinect sensors at once?
No, never. for many technical reasons, this isn't achievable while retaining our sanity. And anyway, you can achieve spinning around with a single Kinect. more on that in the near future.

Where is Sharky?
Hooray Sharky has in fact, not succumbed to COVID-19. Refer to the announcements channel on Discord. We don’t know where she is. I’d assume we would know if she died. But in her last update video and on Discord she mentioned going to university. I’ve personally seen people go off the grid for multiple YEARS when going to uni or college in the past. So, uhh, probably having a splitting headache in a dorm doing assignments and getting drunk with mates.

If you're playing VRChat, and you want to launch into fullbody while in-game but are in an invite-only instance. You can use VRChat Rejoin Tool to launch the game back into the last world you were in as if you launched it from the VRChat Web UI.